Collection / Abstract Acrylics / Church on a Hill: or choir

It is named “CHURCH ON A HILL or choir" and represents a church on the hill with a lot of steps leading up to the door. It was inspired by Mexicans who come from various parts of Mexico to crawl to the main churches in cities to worship. It is subtitled CHOIR because the services resonate with the sound of singing. The Virgin of Guadalupe is said to be Mary, the mother of Jesus, who reincarnated as an Aztec Indian woman. The story told, that on December 12, 1531 the Lady Guadalupe first appeared to a young Indian boy, Juan Diego, on a hill named Tepeyac. She spoke in the boy’s native Nahuatl language and told him that a church was to be built on the site. When Juan Diego told his bishop about the miraculous appearance, the bishop did not believe the story and requested some evidence. Little Juan went back to the hill when the Virgin appeared to him a second time. She commanded the boy to find some flowers and suddenly some Spanish roses immediately grew at his feet. He gathered the roses in his poncho and took them to the bishop. While unfolding his poncho to give the bishop the roses, tradition says that an image of the Virgin of Guadalupe had miraculously appeared on the cloth of the poncho. It is that original image on Juan Diego’s poncho that hangs on the altar of the Basilica in Mexico City today. For centuries, devout Mexican worshipers have made the Lady of Guadelupe the centre of their faith. This is why thousands gather in the Basilica on December 12th of every year to pay homage to her image. Hundreds of dedicated pilgrims will walk from distant villages to come to the shrine. Once arriving in the city, some will crawl on their knees for the last several hundred yards of the trip to the altar where the image hangs. On the Zocalo, Mexico City, I have seen the bloody knees of prayerful pilgrims while relatives walk beside them placing pillows on the ground before every painful step of the dedicated worshiper. Once inside the Basilica, the pilgrims often wait in line to ride a moving walkway which takes them immediately underneath the image of the Virgin of Guadalupe. Most Mexicans consider it a once-in-a-lifetime privilege to be able to get this close to the shrine. 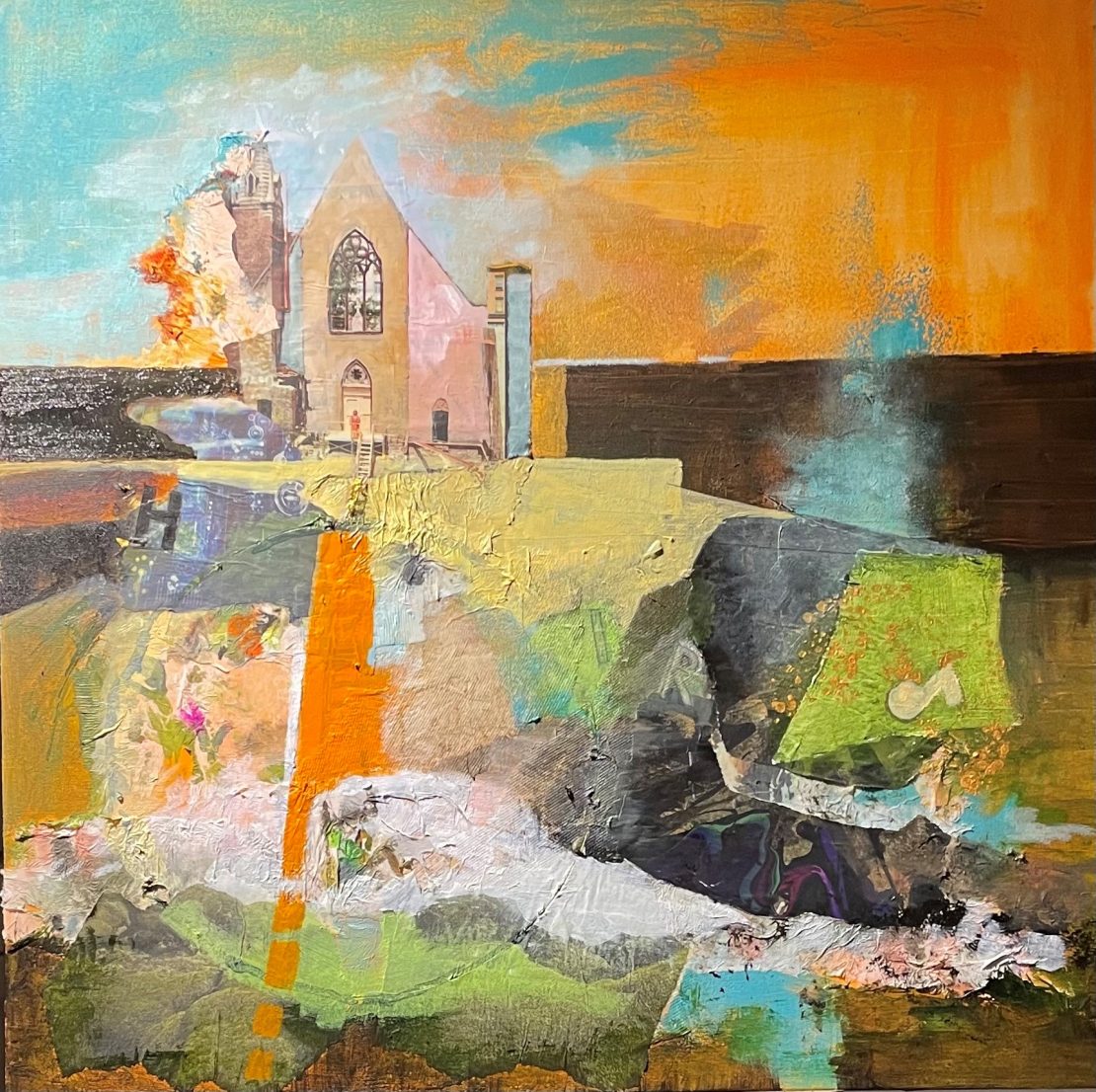 Collection: Abstract Acrylics
Share your thoughts about this work?Give Feedback
All Collections

Feedback for "Church on a Hill: or choir"

Purchase Inquiry "Church on a Hill: or choir"

Please note: This is not an official transaction! This purchase inquiry will be sent directly to Ian Carter. He will later contact you with purchase details.